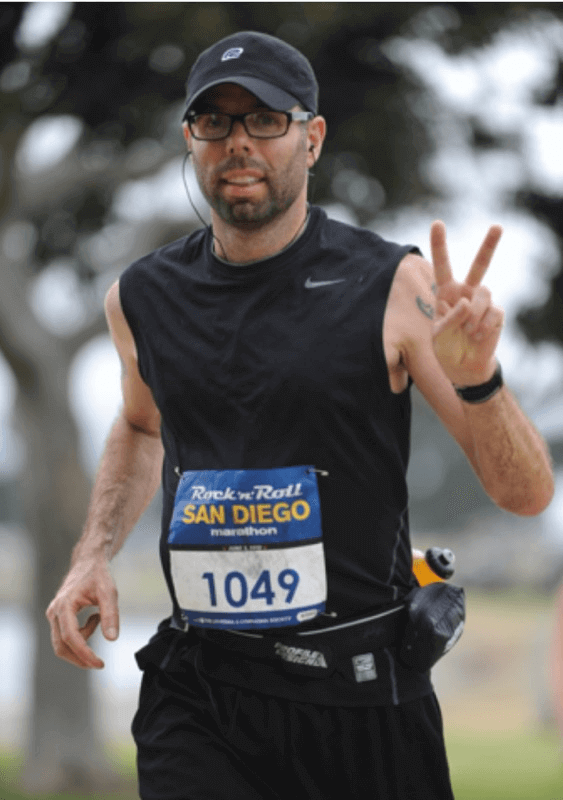 In 2010 I weighed 220lbs and I lived a sedentary life. I drank a 12 pack of beer per day and ate fast food all the time. I was 41 yrs old and feeling like an old man. I had some minor health issues that were just going to get worse if I kept going down that path. Go to work, eat Mickey-Dees for lunch, come home, sit on the couch and start drinking beer, eat frozen pizza for dinner, play video games. Yeah, that was my life and it was pretty miserable

I have a similar story to my buddy and early role model David Lopez. While driving around with my dogs I happened to go past Cowles Mtn trailhead at Golfcrest…you know, the most popular hiking spot in SD. I didn’t know what it was, but I saw lots of people hiking, and on a whim, I decided to take my dogs to check it out. I got less than half a mile up before turning around. I didn’t realize it was all uphill. I was dying. Anyway, not knowing anything about Cowles or hiking in general, I looked it up on the internet. I can’t remember why on earth I decided to go back, but I got in my brain for some reason that I could climb the whole thing.

So I went back, I think without my dogs. I remember the 1st time I climbed Cowles all the way up. I was dying, I literally thought I wouldn’t make it. But, I made it up and back down in one piece. I think part of what helped motivate me was seeing all the other people suffering too. Then something happened. The voices in my head said, that was fun, let’s keep getting better at it!

So, I bought hiking boots and I started going out there a couple times a week. I kept seeing the same people every time I went. One old guy who always waved to me told me, “you know, there are more trails out here to explore. You should check out the rest of MTRP”. I didn’t know what the hell he was talking about. But I was enjoying hiking the mountain, and so I started exploring some more trails.

Eventually I started mixing in running on the trails with hiking. I didn’t know what trail running was. But I had signed up for my 1st 5k since high school. Father Joes Turkey Trot in 2010. I learned about Chollas Lake, which has a flat trail that circles the lake. I started training for my 5k out there. I also kept hiking Cowles and branching out a little bit, discovering Pyles Peak, and Grasslands Loop at MTRP.

So, I ran the turkey trot. I think my time was 24 minutes and something. That’s pretty fast actually. I remember hurting so bad. I peed my pants crossing the finish line. But finishing that race gave me the hunger.

I signed up for several more 5ks. They are easy to find. Then, I think it was in springtime, I decided to just sign up for Rock n Roll half. I bypassed 10k altogether and went right from 5k to half. I remember some of my training runs that are short for me now, but were sufferfests…like the 1st time I ran 9 miles, I think around Lindo Lake up in Lakeside. Long story short. This whole time I was training for road races, I was hiking and trail running. I would look up races in RacePlace magazine, and I saw this Dirt Devils trail race series. After Rock n Roll, I ran my 1st trail race. The Dirt Devils Sidewinder 10k at Marion Bear Park. That was so much fun. I continued running the series. And I eventually joined the Dirt Devils Meetup group. That’s where I met Dave Lopez. I remember our first run he showed me the famous Rusty Barrel loop at MTRP. I had no idea so many cool trails were out there.

Thanks to Dirt Devils I started running more trail races. I also kept running road races. In 2012 I returned to Rock n Roll and ran my 1st full marathon. Oh boy, that was a sufferfest. All the time I was hanging around real trail and ultra runners getting peer pressured. So, Dirt Devils held a trail marathon that same year at PQ Canyon. I ran it and loved it. I followed it up with SD Trail Marathon the following January and Oriflamme 50k that spring of 2013.

What can I say…it kind of snowballed from there. Since then I have made lifelong friends in the trail running community. I attempted my first 100 miler in 2017 and I finished. San Diego 100, a day I will never forget. That race, that experience, taught me a lot about running, and life in general. Several other long / difficult ultras put me in the same mental place. That’s kind of the appeal putting yourself through so much suffering, to push yourself and see what you can do. And there is no comparing to the moment when all the suffering is over, you have finally crossed the finish line and earned your buckle.

So, in the early days I may have started for fitness. But, it turned into something else. A sense of community, and a love for the outdoors, a desire to keep pushing and see what I can do. Lots of things really. It’s hard to put a finger on, but ultrarunning is an addictive drug. Much healthier than other drugs.

I’m currently signed up for my 2nd 100, Javelina Jundred in Arizona, on Halloween of this year if it isn’t cancelled.

Me, before I started running, enjoying some bacon! 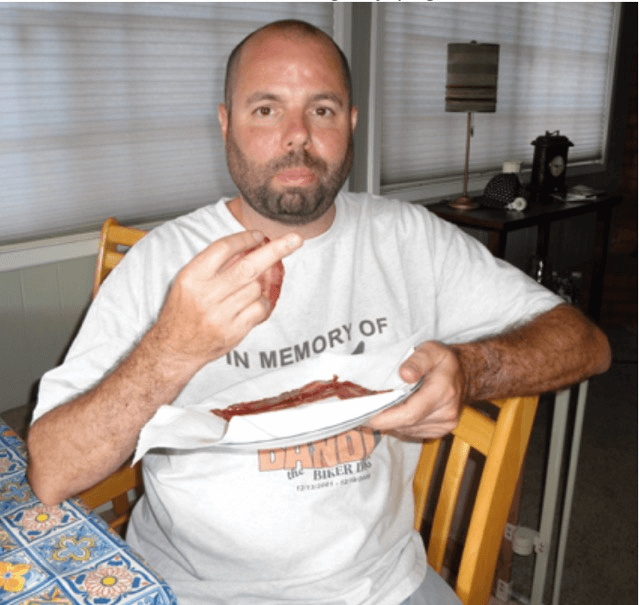 My 1st 26.2, Rock n Roll San Diego! That was tough! Cuyamaca 100k! Climbing the ladder of ultras! It was so hot I almost died! But I finished! 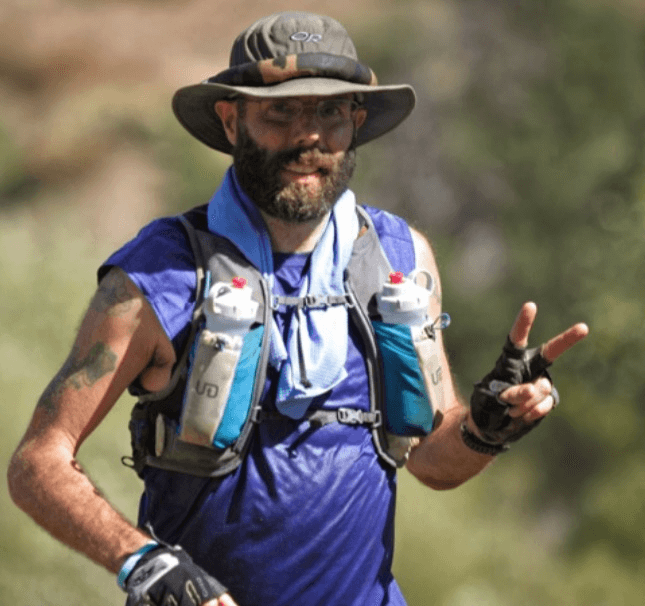 Me, finishing my 1st hundred miler, San Diego 100! This still gets me excited! 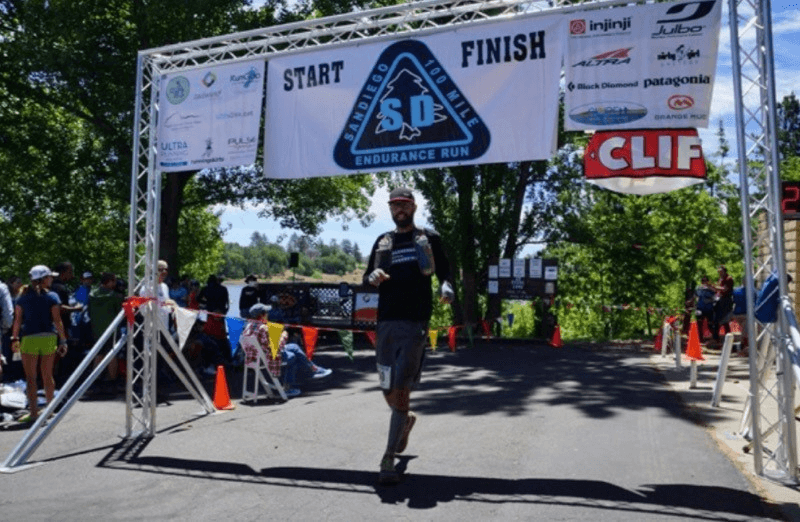 Receiving my medal and buckle from Ang Shartel. This is what it’s all about! 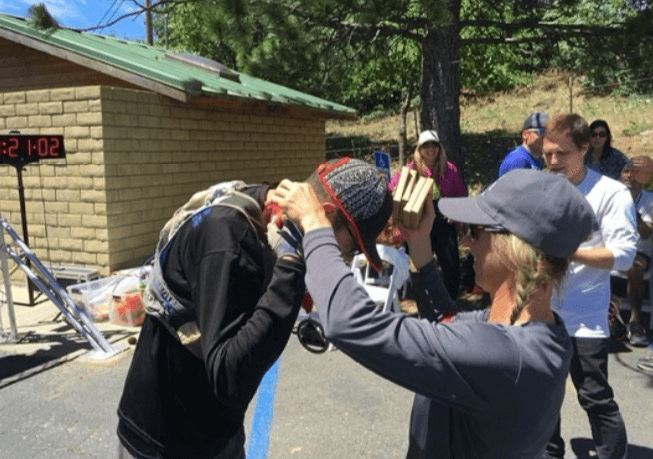 Cucamonga Peak with my buddy Kenneth on my right, who gave me inspiration to write up this little story. Hanging with the Women Out on Trails (aka WOOT) group! 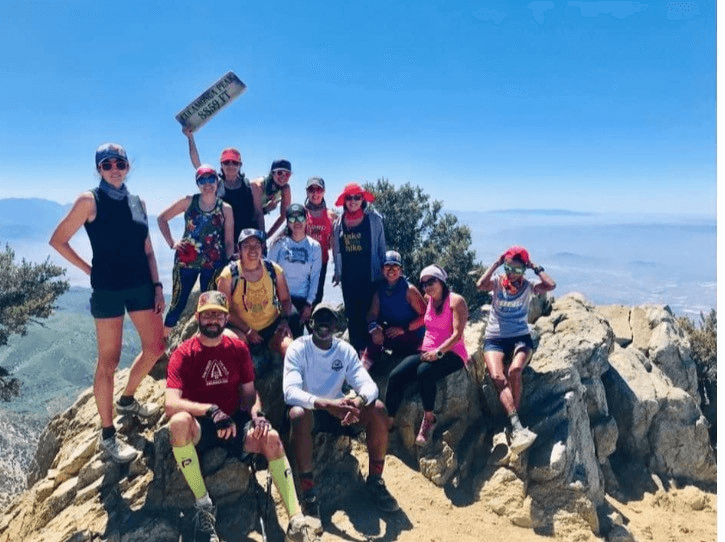