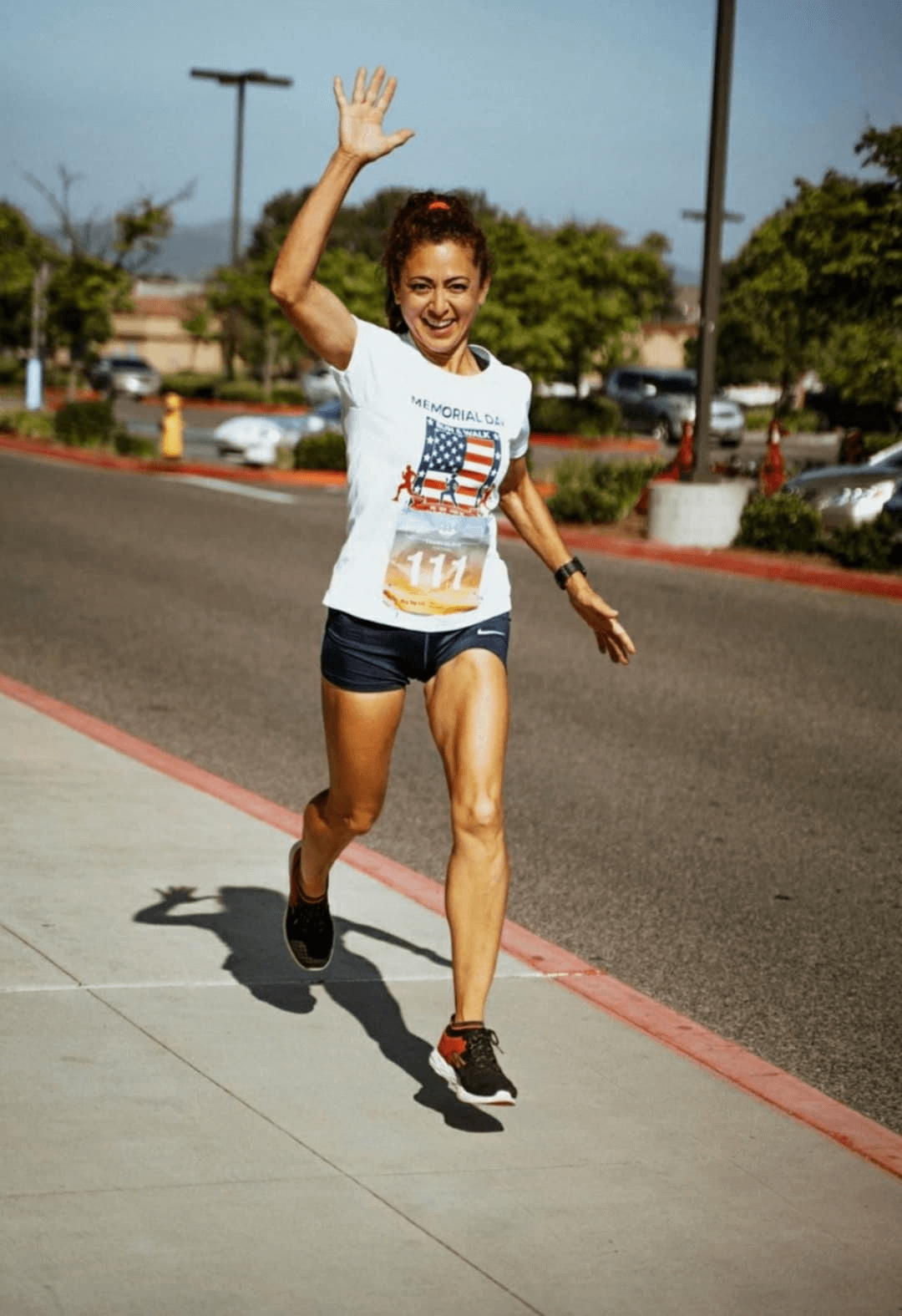 My story starts with the car accident. May 1971. No seat belts in that old car. Just a side swipe into a parked car on the right and I went head first into the dash.

In preschool, I was already having problems sleeping. The tinnitus set in before kindergarten.

The fall of 1977 is when it went bad. The depression set in. The ruthless self-destruction of my psyche and soul. I went through grade school an outsider in my own skin and an outsider in my own school. I made no friends and everybody hated me on the playground as I was such a terrible athlete. Kickball, handball, fore square, hopscotch, tether ball- I was terrible at all of them. Nobody wanted me on any of their recess teams, so I found solace alone, a lot.

In high school, I did a stint on the track team. I had no clue about getting fit in the pre-season, so I was horrifically beat up and sore the first several weeks. I was completely forgettable as an athlete. But, I loved that it was the only sport I ever tried that didn’t have a ball that I failed to kick, or failed to catch, or that gave me a fat lip or a black eye. I never fell and got scraped up on tarmac or snow, and I never panicked from a mouth full of water. It was safe. I could do it on my own. I didn’t need a team. Just me. On my own.

In 2005, I hit a particular low. I started in therapy. I was keeping it together, marginally, with my daily runs. About 20 miles per week. I ran a 5K, and beat an old friend from high school. It was a thrill. She was varsity in cross country. In high school, I was no winner. But, as an adult, I was decent, and that was a first for me. A few years later, I moved on to the half marathon distance.

Between 2005 and 2015, I finally “grew up”. By that, I mean that I took ownership of what was going on in my head regarding my depression. It turns out that there are favorable brain chemistry changes that occur during a run, and that laid the foundation to break free of my depression. It allowed me to figure out how to take control over the self-destructive automatic negative thoughts of depression.

I did that while running. I took control. I reveled in the peace I made. I stopped the self-destruction. I could be free of my depression while I was out running. So, I did it nearly every day. It was the time I made for myself.

It did more than I ever expected. I don’t have the depressive episodes any more. Since 2015, I have been a post-depressive. I have run more half marathons. I have joined running groups, and have friends now. I have developed in to a whole person.

In January of 2020, when we still gathered in crowds, I had my first race at my half-century mark. The big 5-0. The previous year I experienced my first bout with arthritis 48 hours before the Carlsbad Half Marathon with my son. The day after my missed race, I signed up for the 2020 Carlsbad Half.

My son’s high school coach didn’t want him to race a half marathon a few days before winter track finals, but cleared him for the 5K. The race offered the “double down”- a combination of both the 5K and half marathon a few minutes later. I ran the 5K with my son, and turned around to run the half.

(Well, when I say I ran “with” my son, I mean generally in the same race. My son won it by a minute before the next closest behind him. My son’s story in running is an amazing triumph, too. He went from “mediocre school recess soccer player” level athlete to standing on the national podium in high school with his running. He’s now recruited to run for Cal Berkeley.)

My goal was to PR in the half that day. I did that. Of all the ladies that ran the combo of the 16.2 miles for the 5K plus half, I came in third. Of the 3 men and 3 women listed as “Leaderboard”, I was the oldest of all 6. In the 5K, I had come in 2nd in my age category. I hit new milestones at age FIFTY.

My running is part of who I am. A lean, fit athlete at the half century mark. At 50, I am strong in mind and body. Ready to face the next quarter century with strength and energy. I beat depression and I can help others too. As a running coach, I teach new runners to love the sport. Running has brought into my life the community and athleticism I longed for as a child. I have it all. It’s a beautiful life. 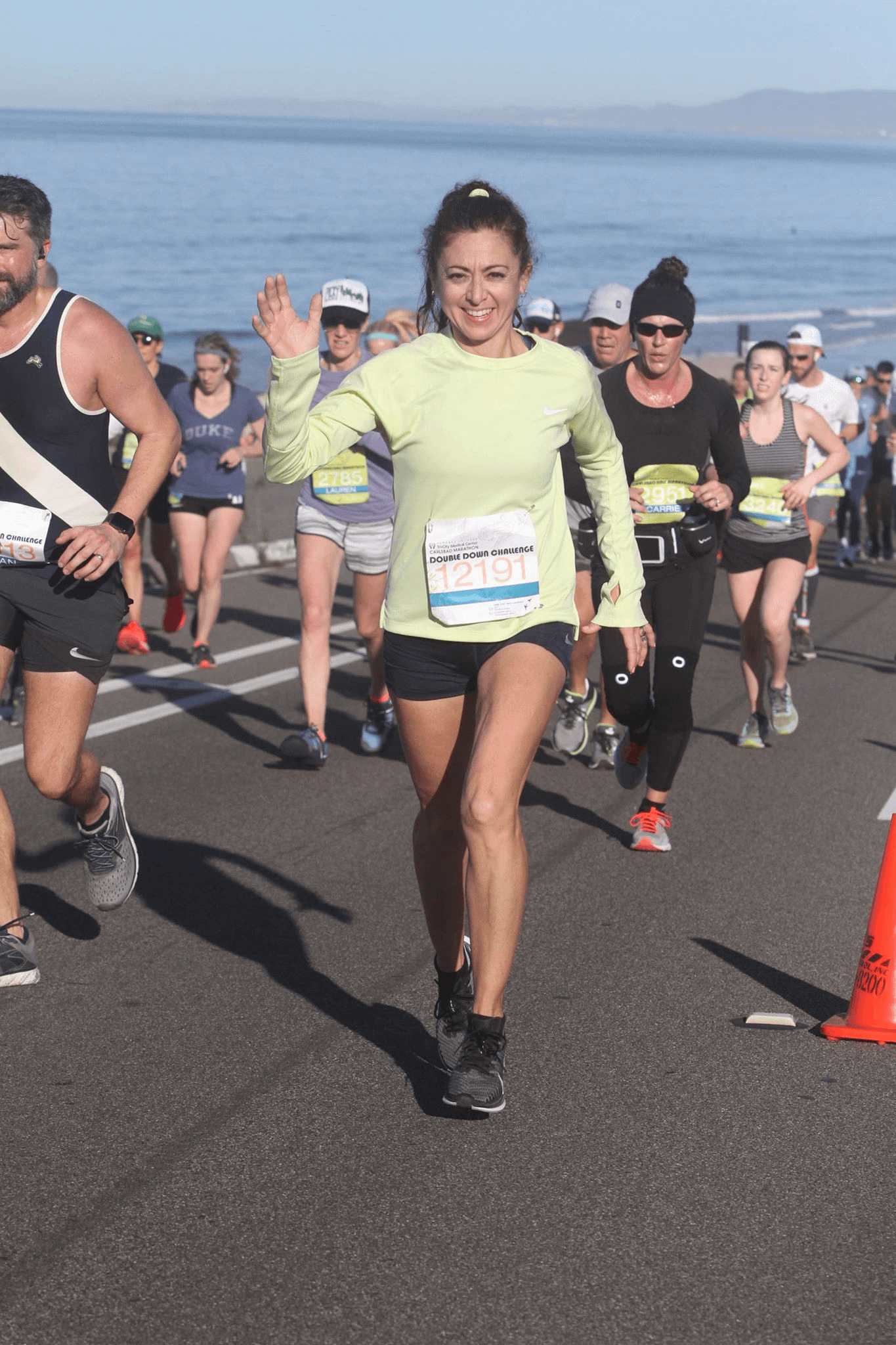 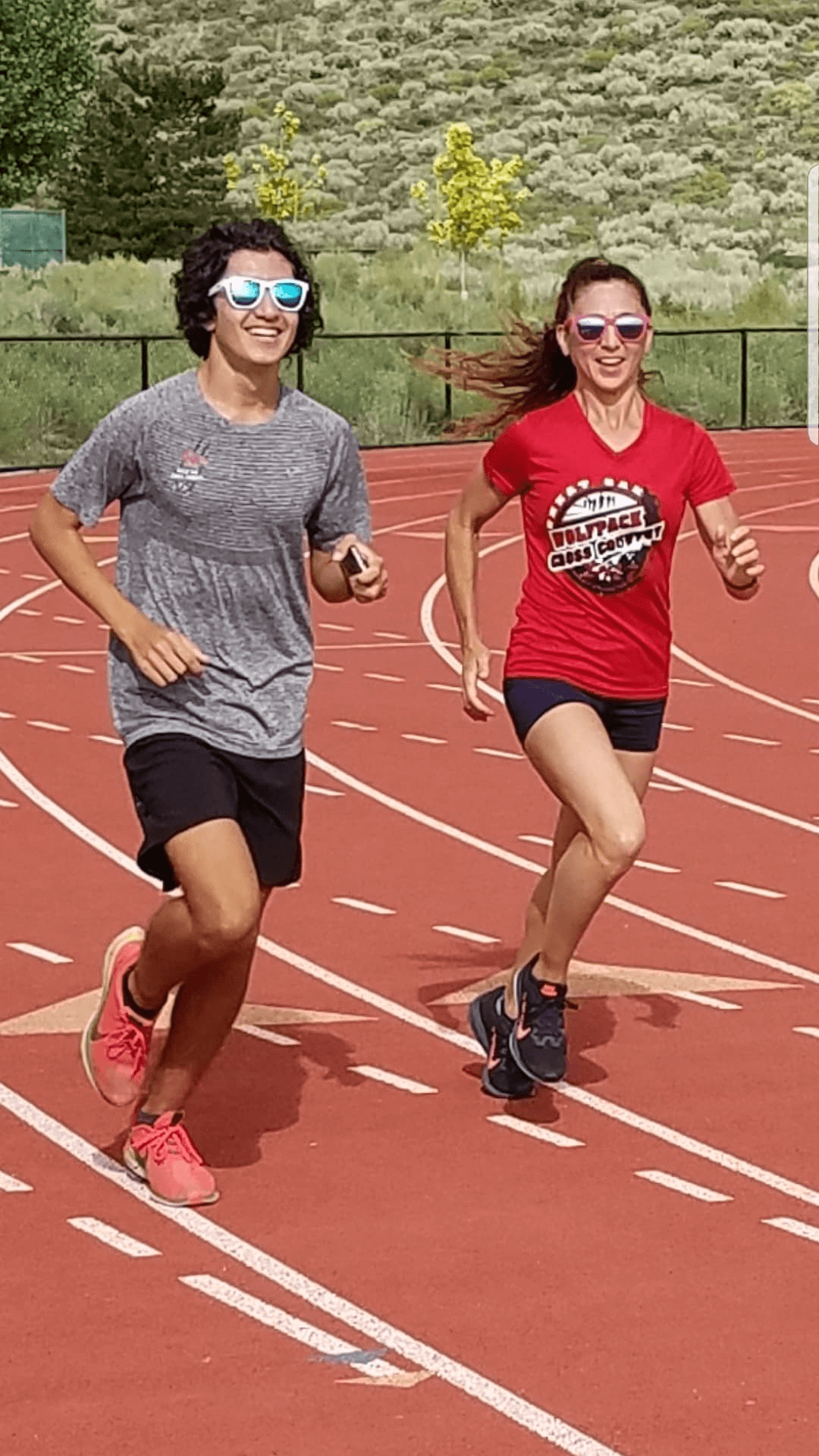 Most treasured picture.  My son is 17 and I was 49, last summer at cross country camp in Mammoth. He got in to Cal Berkeley with his running.