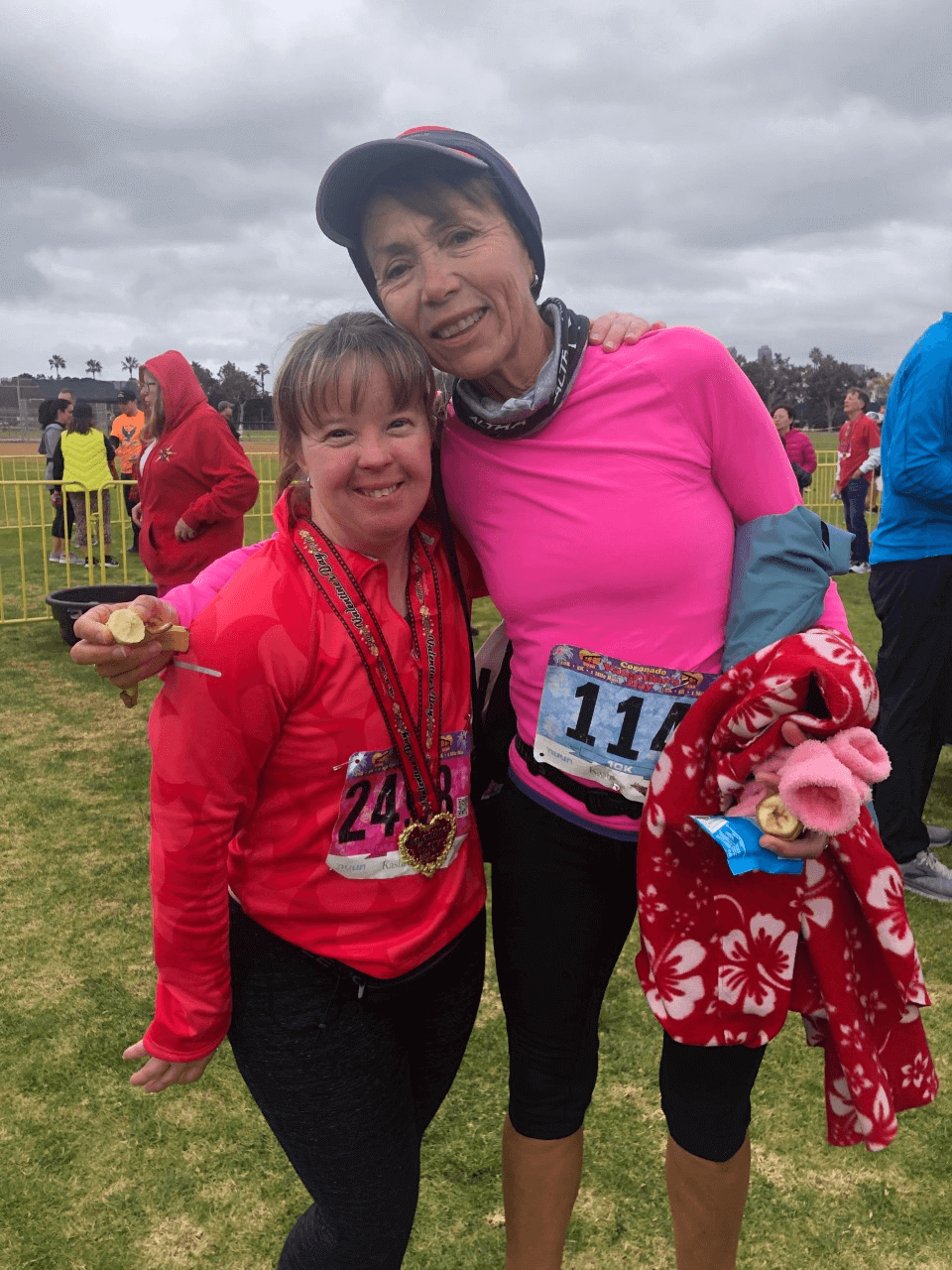 When did I catch the running bug? I actually always ran. In junior high I always participated in our annual Track meet, 2nd leg of the 4x4. My foursome always kicked butt. I also made it a point to be on the Mile leader board for all the P.E. classes from 7th grade to 9th grade. Unfortunately for me when I went into high school there was no Cross Country or Track for girls. Though the track Coach asked if I wanted to run with JV boys because he’d catch me running on the track. I competed as a gymnast all through out High School and always ran to either supplement my training or I got in trouble at gymnastics work out for talking and laughing to much. But my gym Coach gave up on using running as a discipline for me because I liked it too much. It wasn’t until 1974, my Senior year, that there was finally competitive Track for girls. The Girls P.E. Coaches grabbed all the good athletes from all of the other sports to put together the 1st Girls Team at Clairemont High School.  I ran the 800 and the mile. I couldn’t tell you any of my times but we sure had fun. I was chosen "Girl Athlete of the Year" that year because of my hard work and love for all sports.

As time went on I continued my gymnastics in college and always ran just because I enjoyed it. Once my gymnastics career was over and college was behind me running just became something I did to stay fit. My boyfriend at the time, now husband, was a very good runner. He ran at Clairemont, Grossmont JC, with Coach Larsen and a stint at U of A, finishing his career at SDSU where we met. He ran with his buddies and competed for the Jamul Toads. He’s actually an original member, but thats a whole other story. I’d go watch him race or join a race just to be part of the mix. Never thinking that if I wanted to, and if I worked at it I could be good. But that was the BF’s thing so I just had fun watching.

As time passed, Marriage, work and kids took up my time. I had one of the 1st jogging strollers on the market that I could take my boys out in to get in any kind of miles. As they say life got in the way.

It was in 1998, the 1st Rock and Roll Marathon in San Diego, that I was the sag wagon for my husband and his Jamul Toad Team who were part of a relay Team. After his hand off I watched all these people go by and wondered if I could ever do this. Once the fast people zipped by and I watched more I saw all different shapes and sizes go rolling past. It was then I was struck, I want to do this. So I got a personal trainer and started my journey. As a first race my trainer wanted me to do the La Jolla Half as a warm up to RnR. When my husband dropped me off at the start he said something like, see you in 3 hours! What a punk, I think it was his way of getting me mad so I’d run strong. All this time I had no running friends and pretty much had no idea what I was doing. All I knew there was a really big hill. Well, I ran a 2:17:54 for my first time. I was feeling pretty good about myself. I couldn’t find my husband for about a half hour after the race. He was up having coffee and never saw me finish. He was quite surprised that I didn’t do half bad. He even said you went faster than I thought you would.

The marathon was just around the corner. With a training plan and going solo I was ready. I still look back and wonder how I fit everything in with 2 kids and a full time job as a Gymnastics Director at the South Bay YMCA. But I’m a really focused person so when I say I’m going to go for a goal I do it. It was at San Diego RnR 1999 that I completed my first Marathon in 4:38:07 not to shabby. From then on I wanted more.

I dabbled in bike races, road races here and there and a few Triathlons. I really wanted more of a challenge. When my oldest started running in High School at Monte Vista in 2003, watching those kids run Cross Country I figured, I want to do this too! It took me awhile to find what I wanted and it wasn’t until 2008 I was searching for more and found Coach Tony, of the Bonita Road Runners, to guide me. Since then my times have dropped, I’m faster and a much smarter runner and I have fun training.

2009-2015 I ran with the Bonita Road Runners and also represented Team Chocolate as part of the Rock-n-Roll Half/Marathon series. Actually was on the Poster add during 2014 that went all over the country. That was pretty Cool!

In December 2015 I joined the San Diego Track Club. I wanted to be with a group of ladies who appreciate me for being me and not my running skills or lack of. I’ve watched these SDTC ladies run for so long and have enjoyed their support and positive attitudes even if we were competing against each other. Now that I’m 64 years old, I have my work cut out for me. There are some fast ladies in my Age Group and they are all on my Team. But you know, when you have total respect for people, having the best beat you isn’t all that bad. It’s inspiring and to feel like you belong with such a solid group of ladies you want to be there with them and representing SDTC. In 2018 I had the pleasure to participate in the USATF National Track & Field meet in Spokane, Washington. I competed in the 5000 meters and the 1500 meters. Boy, not only was that fun but there are some pretty fast ladies out there. We were having fun and living our dreams. My track Coach, Thom Hunt, was able to make it there for the 1500, I was feeling pretty special. I ended out 4th in my AG, out kicking 2 ladies who beat me in the 5000 2 days before. (see picture)

It wasn’t the place I received it was the experience I took away from that meet that meant more than anything. That following December I also competed with my SDTC Women’s Masters Team at the USATF XC Club Nationals in Spokane Washington, where my Team was 3rd Over-All in the 60-69 Age Group.

I’ve learned a lot about running, I enjoy helping new runners. I Coached Gymnastics for 32 years so I have a grasp of leading people through training. I am also very involved with the SD USATF Association Board as the Vice President. I’m also the Membership & Clubs Chair.

Now that I’ve been retired for 9 years I want to continue to lend a hand to those who need a little extra motivation and guidance. I’m currently training a young lady with Special Needs. It’s her hard work and giving spirit that makes my training even better.

Here are a few of my best times: 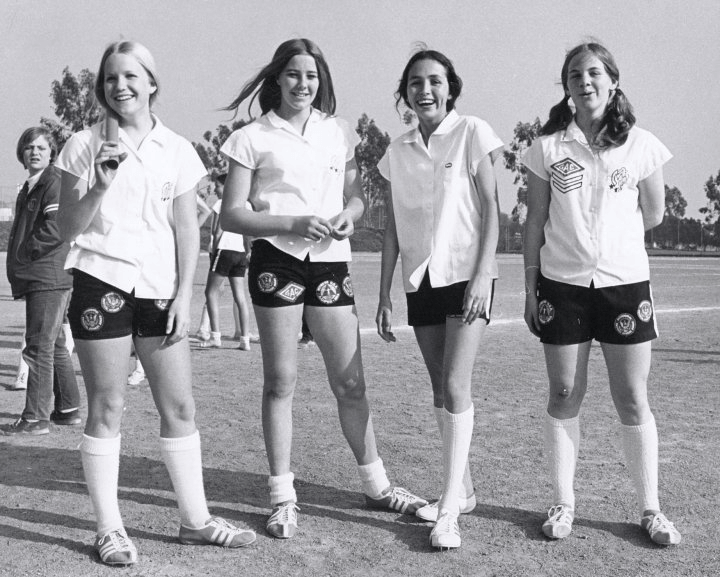 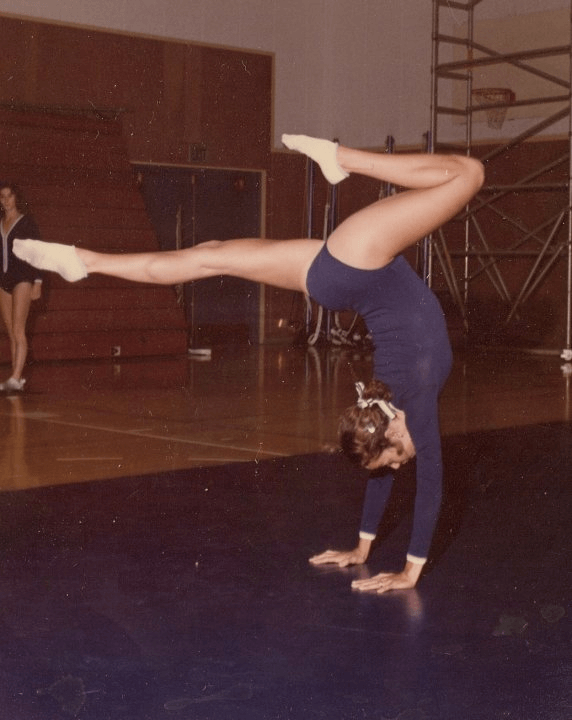 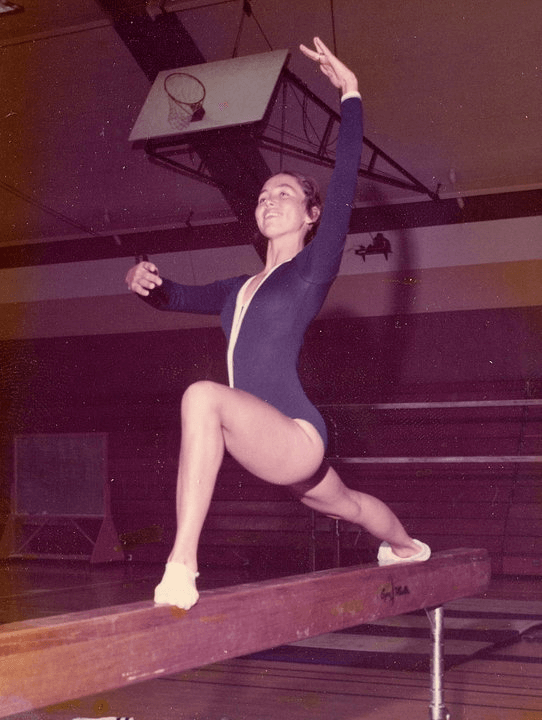 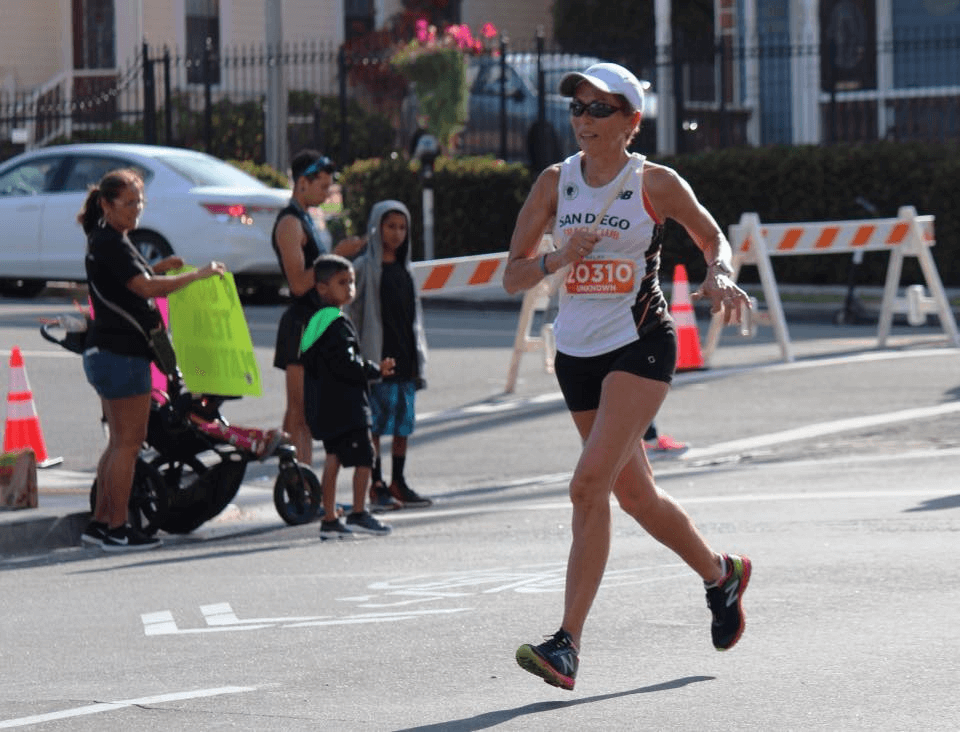 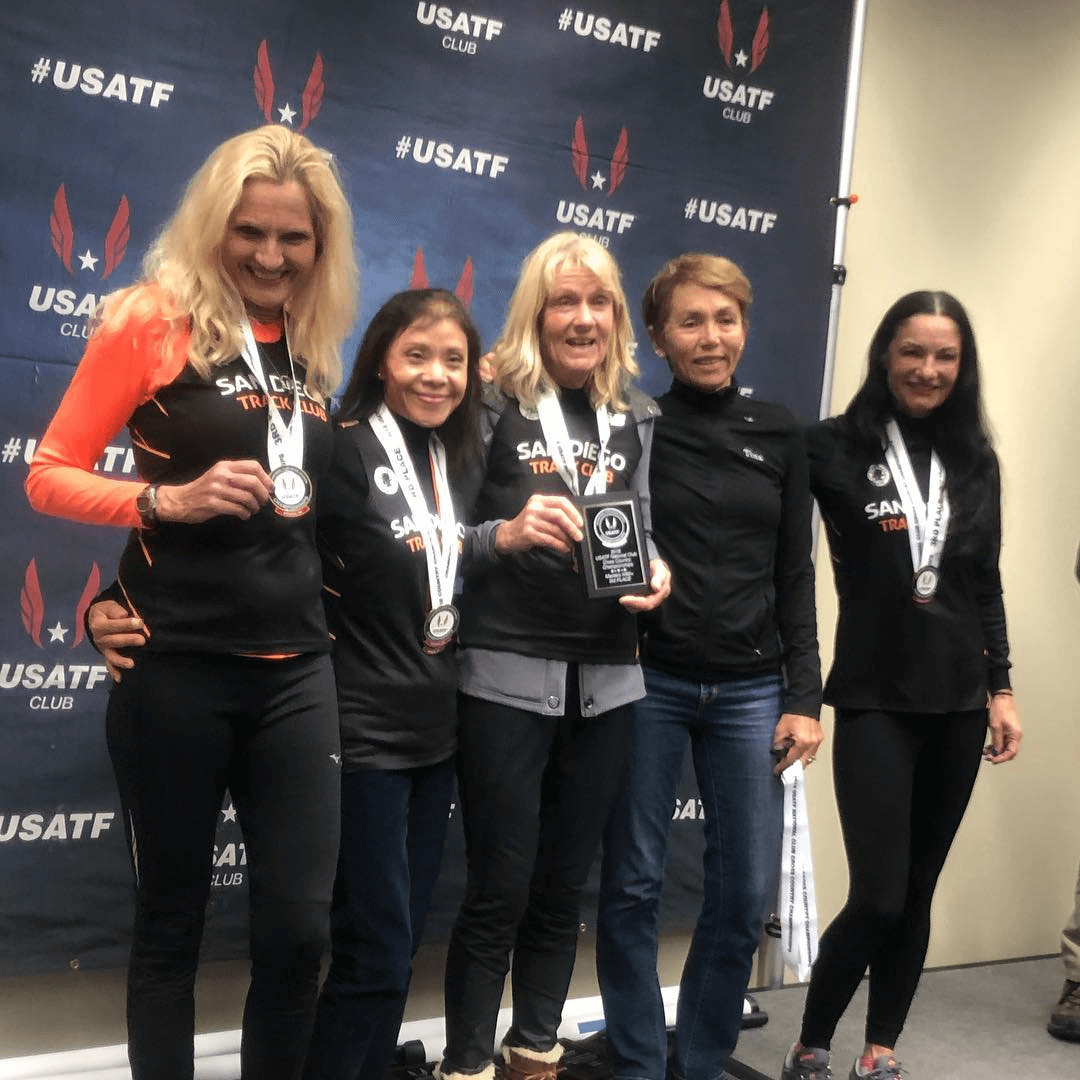 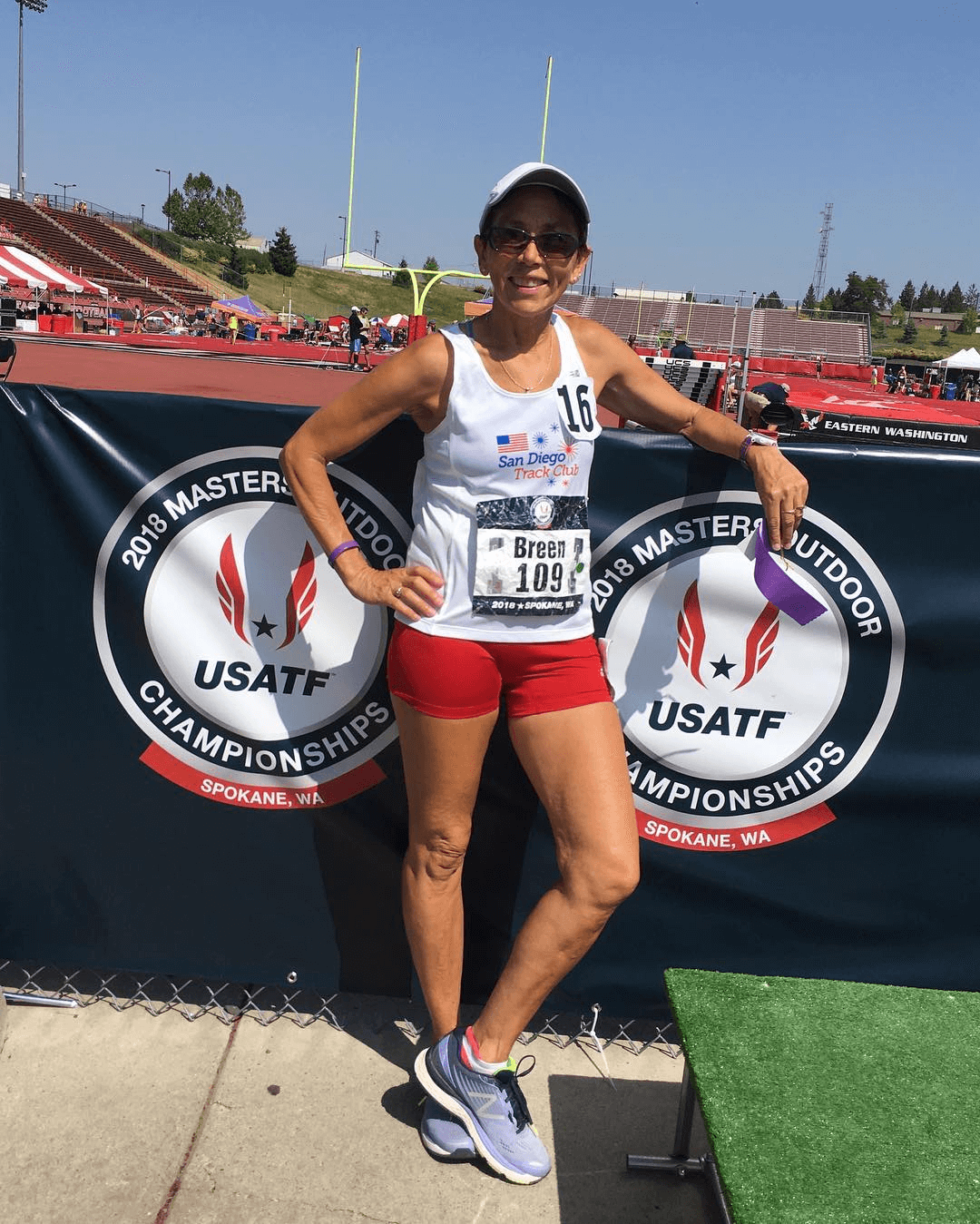 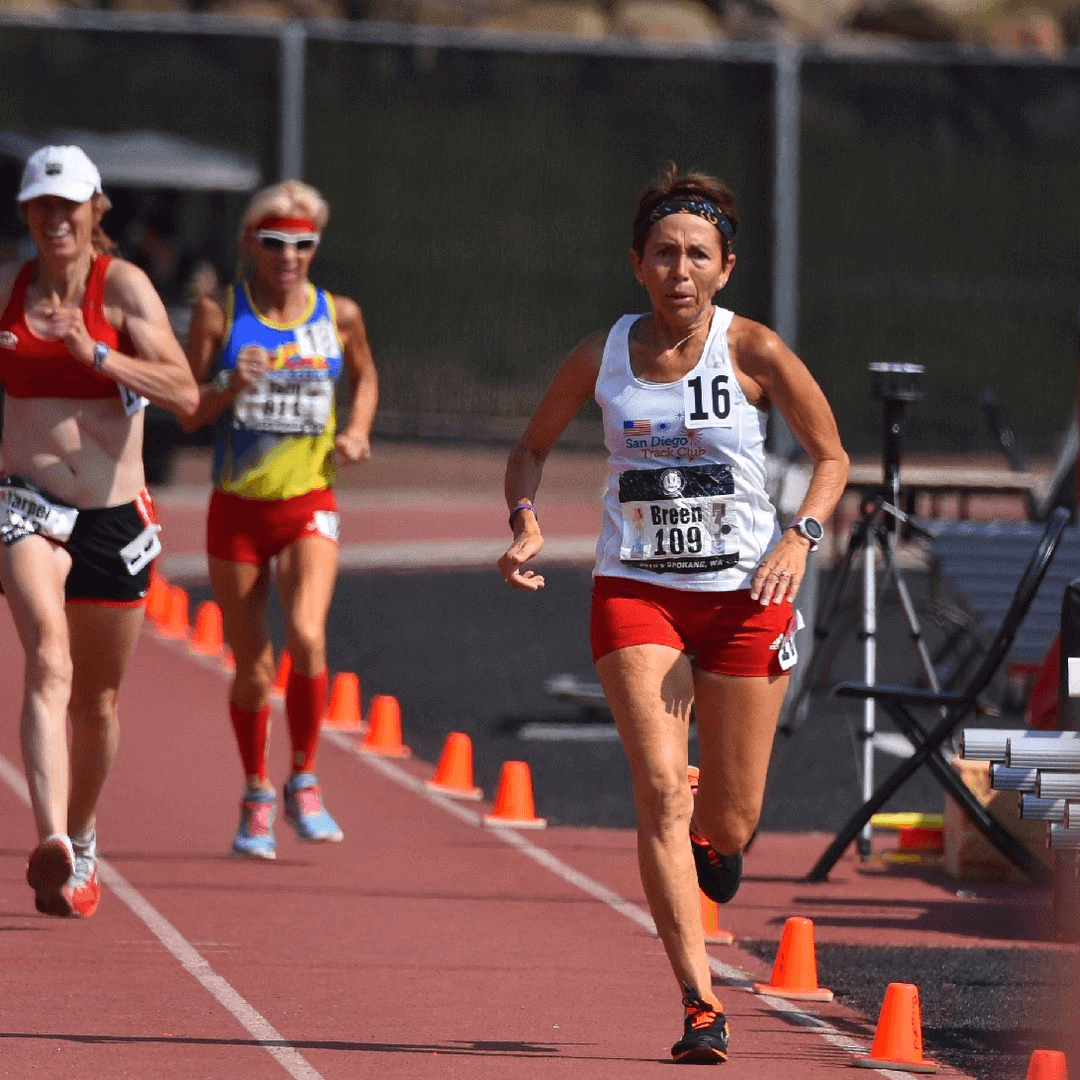 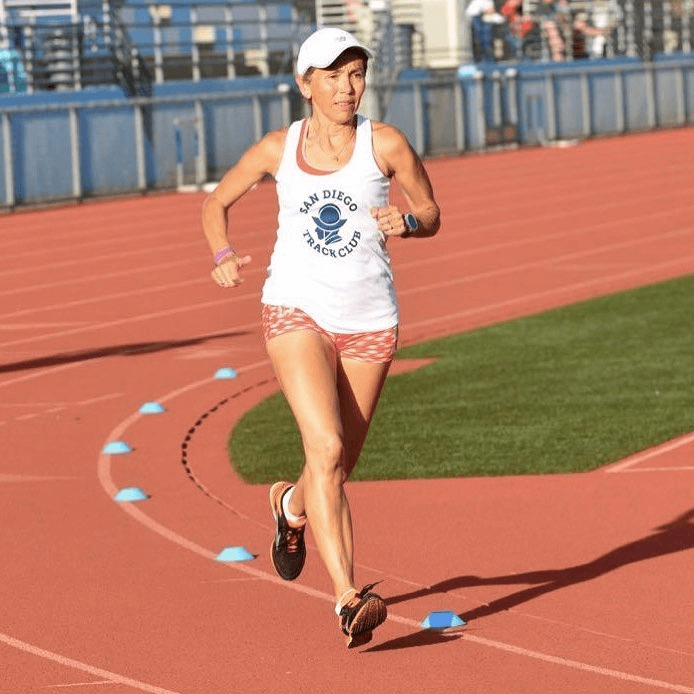