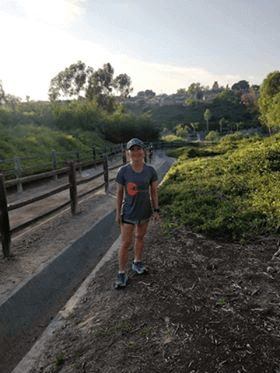 Believe it or not, I wasn’t always a runner! Ten years ago, I was approaching 40, was when I started running (I just turned 50 last March). I guess, you could say I’m a late bloomer. I got the “itch”, if you will, after my friends invited me to the Silver Strand Half Marathon in Coronado back in November 2009. I only ran the 5K, but those three miles are all it took to get me hooked. I’ve graduated to a 10K the next year and a couple weeks after that, I braved the Carlsbad Half Marathon in 2010. It was painful, yet it was the most exhilarating feeling. With very little training and not much running experience, I was slow, and it took me nearly three hours to finish. I remember I had a hard time walking for almost a week, and I couldn’t go up and down the stairs! Despite that, I knew I wanted to do it again, and so I did. I signed up for four more half marathons that year and even became a member of a national running club (Half Fanatics) in which I had to complete three half marathons in 90 days to qualify for membership.

Later that year (in October 2010), I found a local running group in our community to be a part of. They were serious runners, they were fast, and they didn’t just run to “finish,” rather, they ran competitively. They were “out for blood” to place or podium in their respective age group division. That’s probably when I started taking running more seriously. They had structured and regular trainings, which helped me become a better runner. However, that running group no longer exists, I’m fortunate to have found the South Bay YMCA Trail Runners, which made me an even stronger runner. My times started improving, and my SBYTR running family provided inspiration and motivation for me to place in races. Of course, the improvement didn’t happen overnight – in fact, it took years to shave off significant time off on my races. But it’s those small goals that keep me going. I loved that feeling of accomplishment each time I attain my goal. Although I’m getting older, I’m getting better and recovering faster as well; not to mention, more energized, and also feel great about myself.

Perhaps one of my biggest running influences is my husband Sef. We met in January 2011 at the Carlsbad Marathon and he’s also part of the national running club I joined (Half Fanatics & Marathon Maniacs). Sef is the reason behind my audacious Ironman goals. He’d been training for his first full Ironman when we met in 2011, and I’ve been intrigued in doing a duathon, which excludes swimming. He knew I had the desire, so Sef introduced me to the Triathlon Club of San Diego (TCSD) and took me to their beginner open water swims in Bonita Cove. I couldn’t swim from buoy to buoy; I would panic and hyperventilate. I learned how to swim and have since completed an Ironman and a few half-Ironmans.

I hope my story of finding extracurricular passion late in life might inspire others. You’re never too old to set a new fitness goal. I was never athletic, and I never thought I would be labeled as such, let alone become a triathlete. It wasn’t until I was 40 when the athlete in me was born. Now that I am 50, I have more goals to achieve, and dreams to fulfill. Remember, we are BOUNDLESS!!! If you have the drive, the determination and motivation to put in the hard work, you can achieve those goals, but you have to make the decision to start and believe in yourself. I'm truly grateful to have the ability to keep doing what I love despite the challenges I've faced throughout the years and able to re qualify for the Boston Marathon, and even set a new Marathon PR after three years of rebuilding (I first qualified for the Boston in 2015). Unfortunately, I won’t be returning to Boston this year due to this COVID19 pandemic. I know I'm not getting any younger, but I intend to keep moving forward, however slow. LOL! 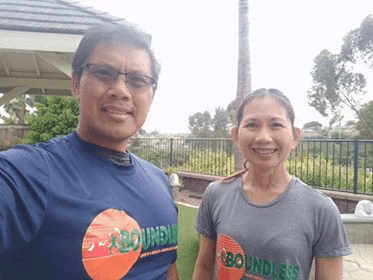