Enriquie a gentleman who I believe have never met in person before but we are part of the same trail runners family. Recently, he completed 100 miles, running in extreme heat or close to it. What a great accomplished as a runner, overcoming the heat and not giving up, finding a way to get it. To get to that point of running a 100 miles  for the GySgt started a long time ago; the process started in his hometown with his family. Here is story.

I am, Enrique Anciso Jr., I am 35 years old and originally from Mercedes, Texas. I am grew up in a town of 20,000 people give or take. I have always enjoyed physical fitness from early childhood and it continued into my adult life. I was fortunate to grow up with a father and mother who displayed the following characteristics: dedication, commitment, and discipline. These characteristics have allowed me to flourish wherever life has taken me. I grew up with three sisters but my older sister was the one that toughened me up and helped me build, mental discipline. I am an active duty Marine with 15 ½ years of service and a father of an 10 year old daughter and 8 year old son.  I have spent the majority of my Marine Corps on Camp Pendleton, California. In 2013, I started running consistently in preparation for Drill Instructor School since then I have of stuck with it. Running has always come easy to me and I have never struggled with running short distances. In 2018, I was deployed to the Middle East and I had the opportunity to run daily. During this time in my life I was struggling with a significant personal issue and running allowed to me gain peace with what was going on in my life. Running gave me an outlet. While deployed, I had the opportunity to run a half marathon, which would be the longest distance I’ve ever ran. The next year in 2019, I was provided with another opportunity to run the Rock n’ Roll Marathon in San Diego, CA. My brother Will challenged me to go out and run which was easy because I had been consistently running. This distance in June 2019, left me hurting for a couple of weeks and I didn’t run again until late August. I came across another Marine mentor’s post about running 50 miles and I was instantly hooked and signed up for the 2020 San Diego 50 Miler. I dedicated my time to running on the road and didn’t do enough trail running. I suffered an injury to my left hamstring two weeks before the race but after seeing a Physical Therapist, I was advised that I could continue running. I took 10 days off and then ran the race, it was the most grueling 50 miles, after mile 22 my quads were jelly and cramping and at every aid station I would have to apply some muscle relaxer cream.

Later in 2020, I joined the San Diego Trail Runners and was drawn to the people and the community. In April, I celebrated my 35th birthday by running 35 miles along Coast Highway from Oceanside Pier Oceanside, CA to Belmont Park Pacific Beach, CA.  I began running more on trails and left the road behind because trailing took me places that road running could not. I live a mile from Mission Trails, so it was easy to find a great place to train.  I have had the opportunity to run multiple marathons, multiple 50k, multiple 50 mile, 75 self-supported distance running with help of my Marines assistance. Running has brought so many amazing people into my life and I have been able to bring my Marines and friends out to the trails. In April of 2020, I spoke with a friend about starting a group for runners and a month later, I RUN FOR ME was created. I created a group on Facebook and it allows runners of all experience to build a connection with one another. We are all on different parts of our running journey but I RUN FOR ME is a way to hold each other accountable and for us to grow. We have members that are military service members stationed in California, South Carolina, North Carolina and we have some stationed overseas in Japan. We also have a lot of civilian members who are family members or friends of mine from all over the United States. This group has allowed me to share my passion for running and encourage others to get out there and incorporate some kind of physical activity: running, walking, hiking. I also started a run group at my work place and educate the Marines on the importance of running. I know from my years of experience that too many times we are taught to always run hard but we all want longevity in this physical activity.

September 5 and 6 of 2020, I had the opportunity to complete my first 100 miler, after failing 3 months ago on my first attempt. I dedicated 3 months to running the trails in Mission Trails because that is where I would running my 100 miles. I mentioned it to some of the runners from San Diego Trail runners and I instantly had a small group of volunteers. The day of my run I was blown away at the amount of support I had from beginning to end, words cannot express the unconditional love and support I was given. I had runners come out and complete 50, 48, 36, 33, 26, 20 and other mileage. The volunteers at the aid station who were my pillars were Erika, Rommel, Leslie, Cyndi, and Mark to name a few were doing everything from providing food, sock exchange, shoe exchange, hydration, refilling my hydration vest. The provided me with support for 29 hours and 44 minutes. I want to thank God and the support of the Trail Running community because if it wasn’t for their help I would not have been able to complete those 100 miles. My run was dedicated to Gratitude, I am grateful to have the ability to go out and run daily. I am reminded that many people across the world may not have the abilities due to health, mental illness, disabilities so I run for them.  This month I celebrate a year of trail running and I reflect on how much God has blessed me with brothers and sisters that I would not have meet if I was not out performing this physical activity.

Running has taught me the only way to conquer something is to love it.

To hear more of his story go to my YouTube channel https://youtu.be/NWjzOYXnMKI 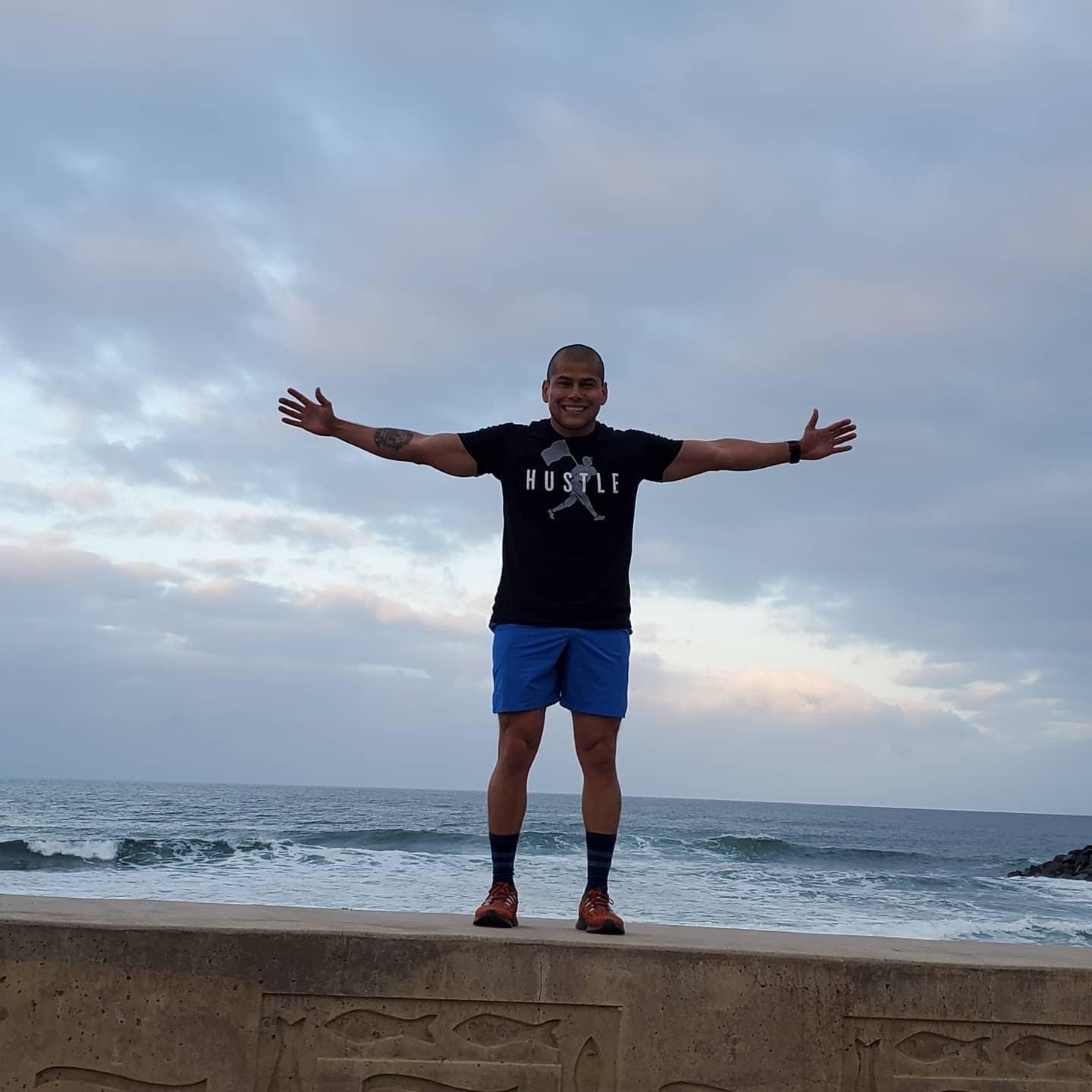 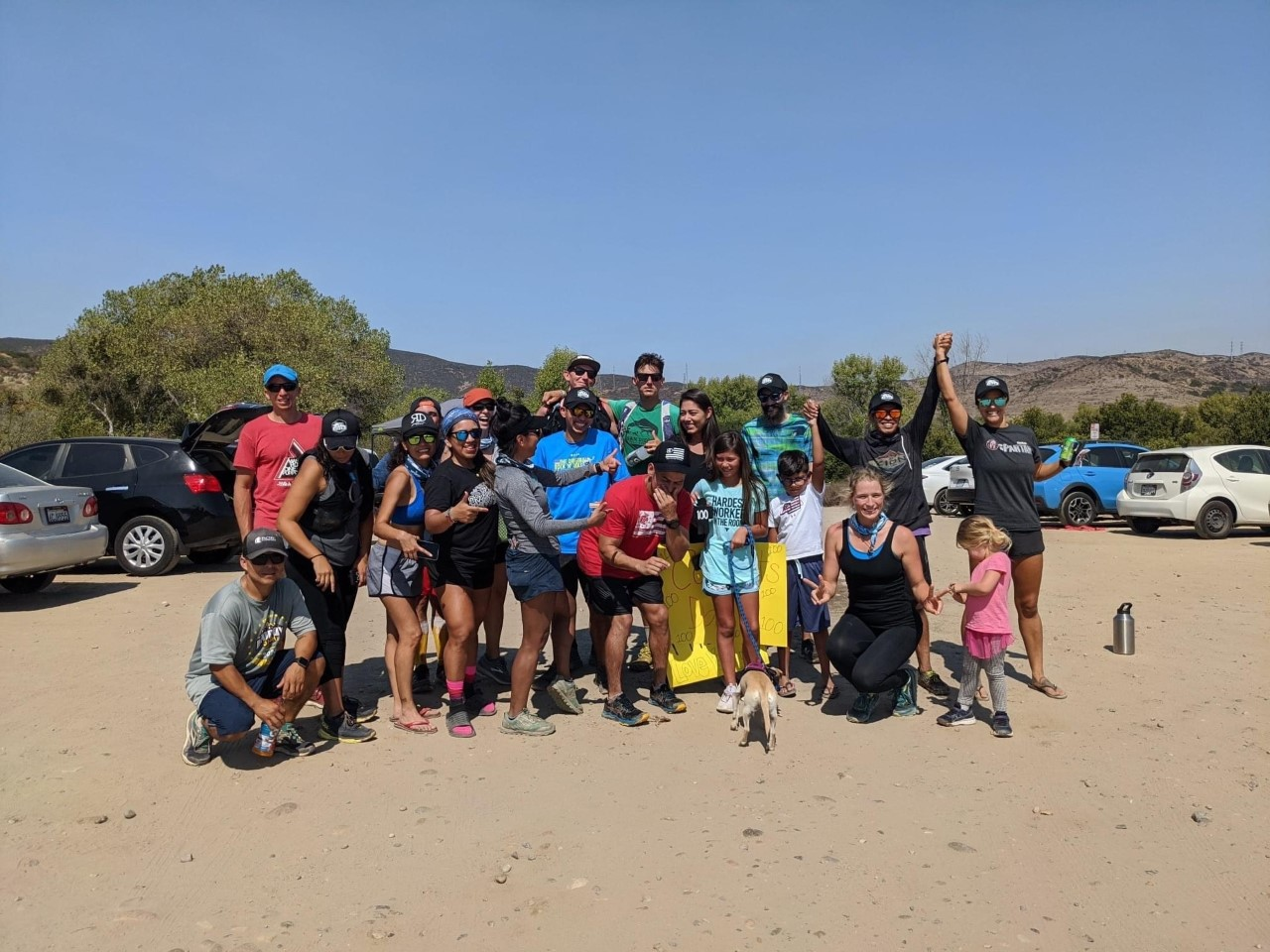 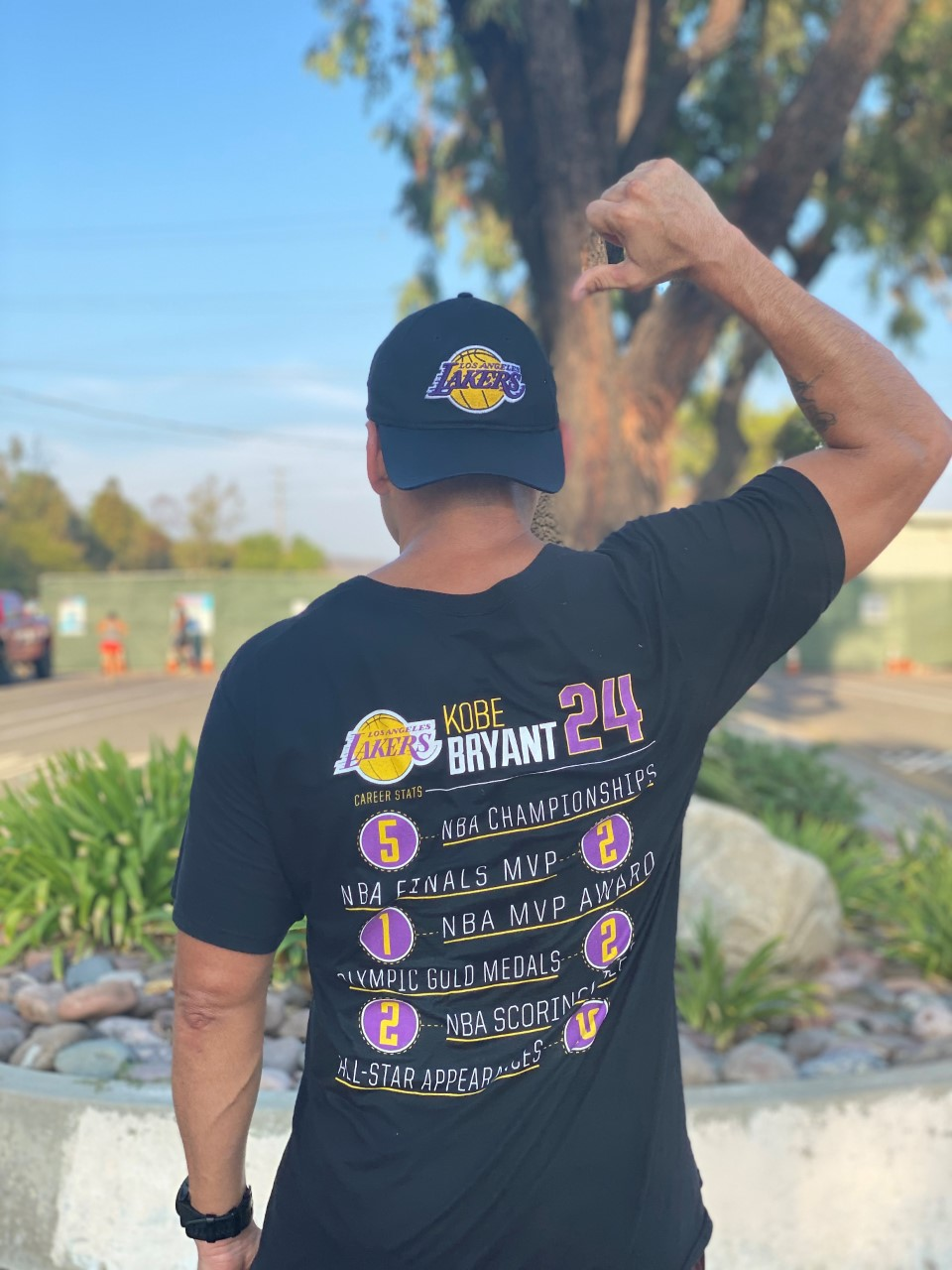