Alan Guevara was born and raised in the city of Tijuana, B.C. Mexico, youngest of two sons. Has a bachelor’s degree in Computer Science, has worked in US / Mexico and currently living and working int he US.

At about the age of 5,  Alan entered a summer camp of Basketball training hosted by local professional team called “Dragones de Tijuana”. All training drills were taught by the basketball players and coaches.At the end of this training Coach and players sign a very few basketballs and were given to a very few who were special mentioned at the end of the camp. Alan was given one and apart from all others received a special mentioned, one of the very few special moments in Alan’s life.

Couple years later, he assisted a soccer team build by a neighbor with neighbors to compete in local junior soccer leagues.As time went by and seen his brother going to a track running club, Alan thought he could also run

Alan entered his first ever running race, it was a no training with no idea what he was doing a 200 meter flat. It was at this race when a lady(neighbor) was there before the race and asked Alan on what he wanted to be in life, his response was “I want to be an athlete”. Neighbor was an ex running athlete who due to an injury couldn’t assist the Pan-American races.

Alan run from 100 meter to 400 meter running events and 5k’s, to later in years leave it and move back toSoccer. During years Alan has being in 5 different soccer teams and during summers he has taken swimming classes.

At about the age of 13, he in a very deficient and somewhere around 13 lbs below minimum normal for a kid at his age. It was this time when he found the team called “Tecos” one of the professional affiliate soccer teams that he has been, during this time a women and mother of two brothers/teammates recognize Alan’s problem and sent him to a Doctor by profession and Nutritionist by specialty who worked with him for many years.He was diagnosed with Anemia. A treatment that lasted till he got around 22 years old.

All this time he has been on and off soccer teams running, Tennis, and the later incorporated Boxing.Alan run officially his first marathon at Pasadena Marathon at the age of 21 years old and first official Ultra Marathon in 2018.

There has been a lot of different challenges including full Marathons done as anon-official.In conclusion, since 5 years old to this date Alan has never spent more than 3 months without doing a sport.

Check and click on the link for  his interview... Join the Live Run Boundless interview of Alan Guevarra as he relates his story on how he battled Anemia, and How he succeeded in killing the races particularly Tahoe 200, and was BOUNDLESS in controlling his discomforts in the races he competed in. 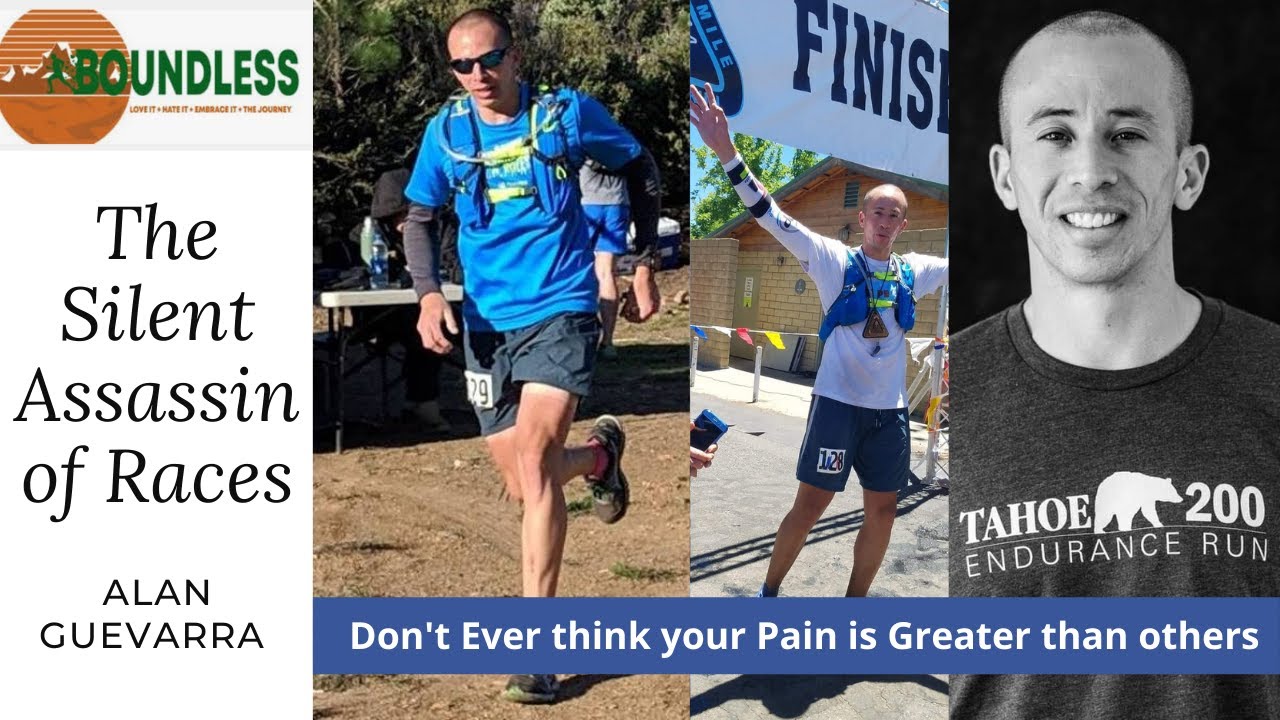