My Blog: Embrace Your Journey. Climb Your Hill. Discover Your Purpose 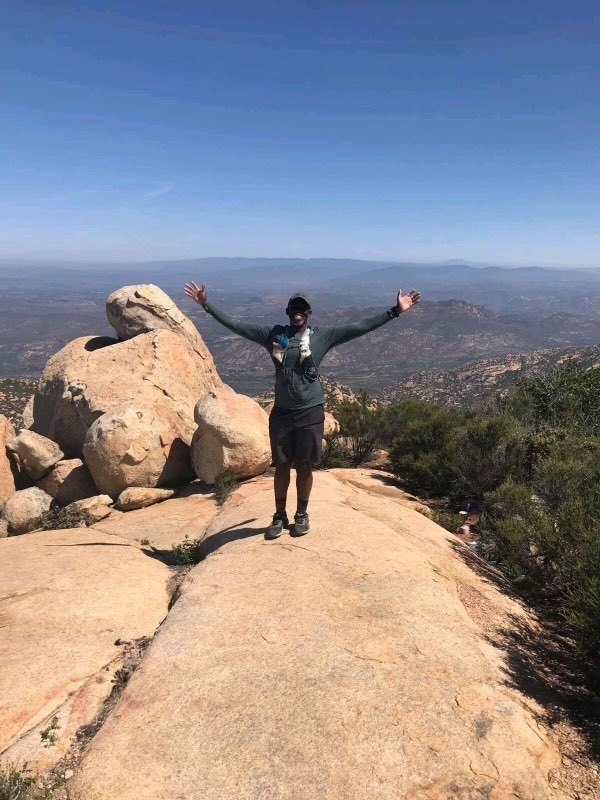 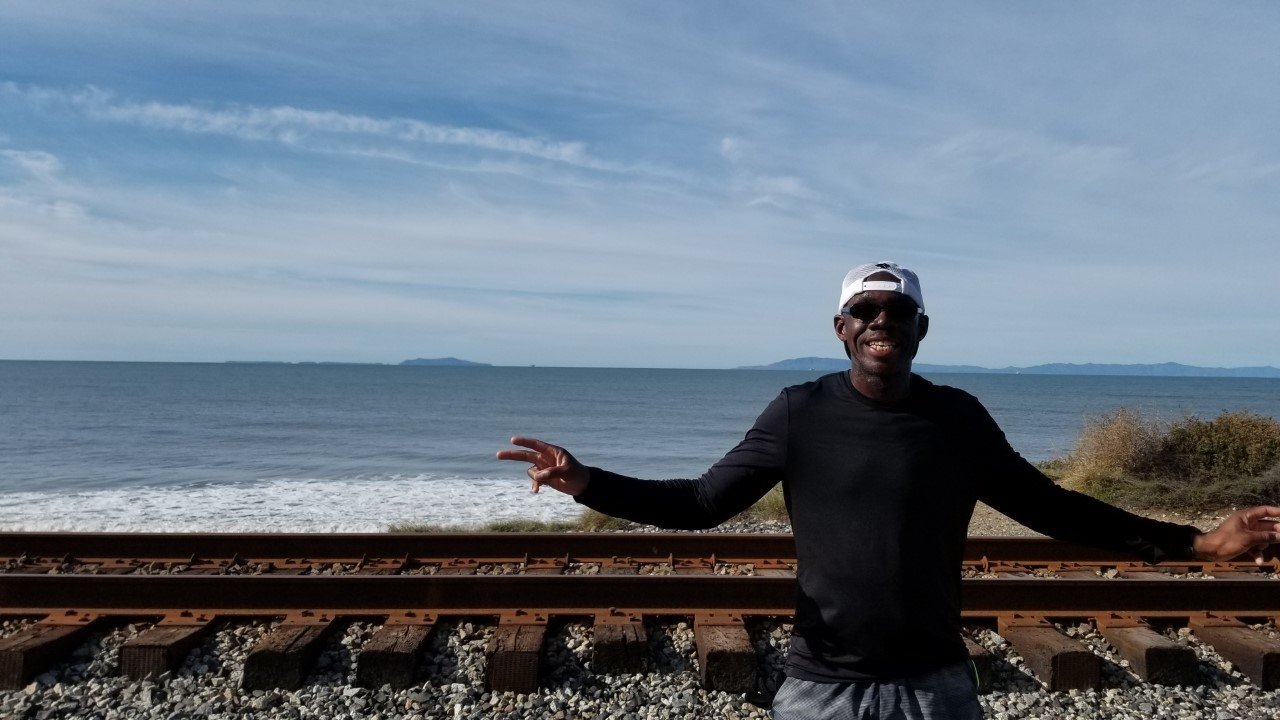 Thank you for logging on to my website. I am excited about sharing my running and life journey with you. As this country and world goes through this pandemic, I am hoping that this writing will encourage and inspire others to not give up, to overcome the obstacles and hills that they may be facing--to be BOUNDLESS. 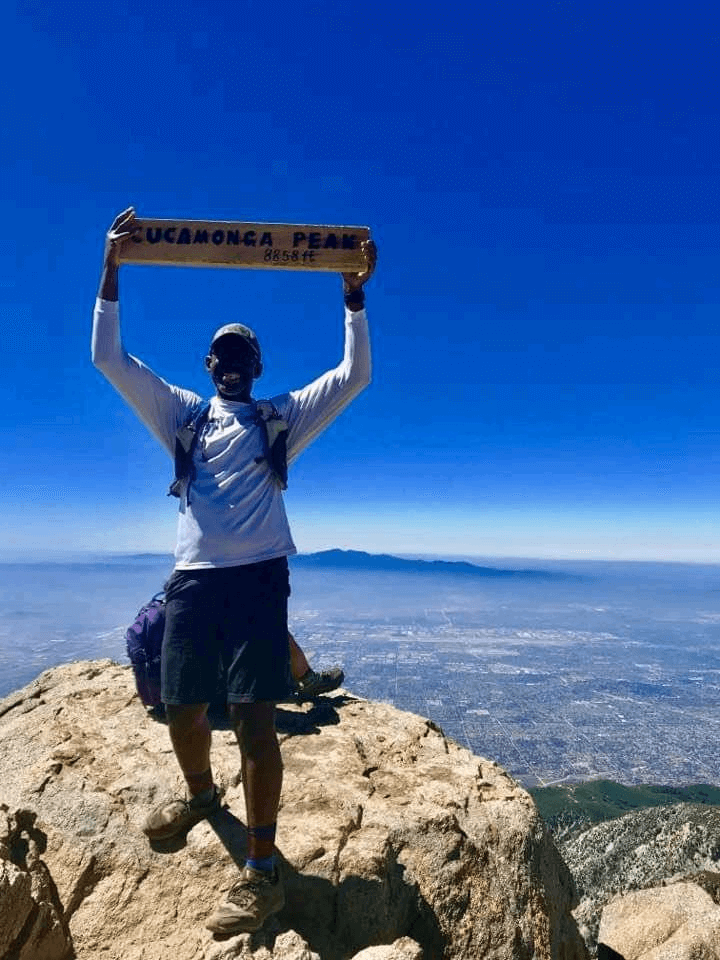 The summit of Mt. Cucamonga sits at 8859 feet, making it one of the highest peaks of the San Gabriel Mountains.  I was successful at climbing it. Mt. Gorgonio is 11,503 feet in elevation, the highest peak in Southern California. After scaling to the top, I nearly needed a medical helicopter to get back down but fortunately I was able to make it back to ground level on my own two feet. The  Baja Ultra 50k race in Mexico is equally known for its majestic views of beautiful surrounding rivers and creeks and its notoriously steep hills which present a somewhat challenging and fun encounter. I attempted the race but did not finish. Consequently I was broken, hurt, and honestly, I felt like a piece of my soul was left behind on the racecourse. But you know what? I am willing to go back and do it again. That is a small but important part of my journey about some hills I had to climb. You may ask how I got to those peaks. Well, where do I begin?

Living in San Diego, CA the past few years gave me a dose of ups and, of course, some downs. That's life. Isn't it? The last six or seven years of this journey is where my passion for running and purpose for life become clearer. In order to fully understand my life, I had to reflect back some 20 plus years, to when I was 18 years of age. To reach my purpose, to get to the peak of the mountain in my life there were some hills in my life to climb. I would like to say it started in my home state of South Carolina.

I was born in a small, country town called Hemingway which sits 35 miles west of Myrtle Beach. At the time I was born, Hemingway had a population of about 1000 people. Today the population is just over 400 people. The area was heavily rural which meant that there was a lot of farming, especially feeding pigs, and cropping tobacco. I had a loving family, abundant with cousins, aunts, uncles, grandparents. Everyone knows everyone! I should also mention that there was a lot of good eating in Hemingway. That's another story itself!

I was an average kid, relatively quiet, and did not cause any trouble....well, maybe once every blue moon. There was a lot of uncertainty for me as a kid, even as an adult, about what I wanted to do and become in life. But one thing was certain by the time I turned 18 years of age, I knew I wanted to leave my hometown. I tried joining the Marines but wasn’t able to join because of an issue with my back. At that time, I didn’t bother to try another branch of military services.  I applied various colleges but didn’t have high enough grades to get into them except for one tech school in Charleston, South Carolina. There was my opportunity! That was my chance to start a new journey in my life. In this journey I developed some long lasting relationships/friendships that helped me through some adverse times. One of the very special places in my journey was Charlotte, North Carolina where my spiritual journey began in the year 2000.

It was in Charlotte when I realized that “Life is a Journey “. It's a quote I use quite a lot according to a good friend of mine.

My lifelong journey taken me to many geographic locations via a variety of jobs, from the electronic field to being a forklift driver and a, package handler at Fedex ground just to name a few. The places I've lived,  like Atlanta, GA were learning experiences for sure, sometimes, the hard way, full of mistakes, lots of tears shed, lots of ups and downs and painful moments. To put it into familiar terms for my running friends, the times I'm reflecting on were tough, technical hills to climb, with a  rough terrain, rocky, and muddy. I made wrong turns, and fell down quite a bit. However, I did not look back, I kept climbing and continued on my journey, moving forward.

After many years of moving, seeking,  and searching for something better, the U.S Navy came into my life  when I was 29 years old and living in New Orleans a year after Hurricane Katrina nearly decimated the city. Joining the Navy was never in my plans, it was not my first option, it was not even my second or third option! It wasn’t an option for me but I believe it was spoken upon me or into existence through a friend of mine who was a Navy recruiter. One night he just told me point blank, face to face that I was going to join the Navy. Although I was  making pretty good money working in the shipyard. I did not enjoy the life of being a shipyard worker. Eventually, I was let go of my job and a  few months later from that night and after  working a few labor ready jobs, I made the decision to join the Navy. My friend was right, I did join the Navy! That is when my Navy journey in my life began.

Being in Naval Boot Camp at 29 years of age and unable to swim was another hill I had to climb and get over in my overall journey of life. Little did I know how challenging it was going to be physically and mentally to pass my swim qualification exam.

It was at those times, when things seemed hopeless like I was never going to get through it. It had taken all of my  praying and  little did I know I had my friends and spiritual family back in New Orleans were praying for me also. I began to eat and breathe swimming - walking down to the swimming pool facilities every day, two times a day in the middle of the winter in the Great Lakes of Chicago! During that time, at the swimming pool center, there were a couple of other recruits around my age(or a little older) and ROTC or recruits instructors that watched me. It literally took me 50 attempts, over 3 months before I was able to pass my swim qualification! I didn't know at the time but later I found out that those recruits or some of the ROTC recruits instructors  were inspired by me, not only because I passed my swim qualification but because of the perseverance I demonstrated in sticking with the process. It was about the journey that got me through that point of reaching the peak of that mountain.

After boot camp, my life in the Navy, active duty and being in the Reserve brought more challenges, more hills to climb, The hills I  had to climb during my first few years in the Navy were being overweight, passing my weigh-ins and running a mile and a half. I was barely  passing my weigh-ins and running drills. Eventually just getting by caught up with me and I failed my weigh-in at 240lbs. Then like Lebron James, I had to make that decision, either feel sorry myself and not do anything or I have to make a change, to get over that hill. I chose the 2nd option, I was going to change and not go back to the person I was before- physically nor mentally.

During those times in my journey, to make that change like Michael Jackson, I needed help on how to climb that hill, on making that change I needed for my life. Rohr Park in Bonita, CA was a place I used to run by myself all the time until I met the Bonita Road runners Abram Garcia  and Antonio Melchor aka Coach Tony. I was encouraged to join them but I was not ready to make that commitment. Maybe I was afraid to climb that hill, to challenge myself. After the second or third time running solo at Rohr Park, I gave in to Abram (Abe) and the rest of the Bonita Road Runner (BRR). That was the start of this running journey. The beginning of this running journey, I learn from Coach Tony on how to run better and run faster. That meant lots of hills repeats! I learned to embrace the aches, the pain of running and pushing my limits of what I thought I could or could not do. As a result, I was transformed physically and also mentally. I went from 240lbs to 200lbs and a little bit less(on good days). I went from running a 14 minutes 1.5 miles down to 11 minutes 1.5 miles and have  maintained that for several years now. I went from failing my weigh-in to becoming  Command Fitness Leader(CFL) in my Navy Reserve Unit.

By this point, my confidence grew. I  went back to school to pursue my degree, had a promotion in rank in my Naval career and was even selected for sailor of the quarter! Witnessing the transformation in my life through pushing myself up that hill in life and running, not giving up, during that time I fell in love with running and being part of the running community/family such as the South Bay YMCA Trail Runners and many others. I've run 5k’s to 50k’s and I hope to add on to that! The love for running, attacking those hills, getting beat down but coming back again, ended up being my passion, my purpose. One of my good running friends and  legend in the making Ms. Erica Bass happened to be video recording one of our hill workouts on the trails in Chula Vista, CA last year. She caught me saying “Love it, Hate it, Embrace it”  referring to the challenging hills.

I was inspired to come up with a crazy idea of turning my passion of running into a business to be an entrepreneur selling athletic apparels BOUNDLESS. My purpose; too inspire people like myself,  who may not be  the smartest, maybe not the youngest  but refuse to let their age, where they're from, past mistakes, failures, or any setbacks in their  life put limitations on their future.  My purpose for this blog: I want you to embrace where you are right now but also embrace the journey that you are on and continue to climb your hill(s). I want you to take on the challenge of conquering your hill and get to that peak, to the top of that hill. You are never too old, you are never too late, to set new goals, dream new dreams, try something new or different. The journey we all live is going to be hills, valleys, peaks, mountains to climb. There is no limit on what we can do, what we can overcome, how much we can do, we all can be BOUNDLESS. To be boundless is to Love it, Hate it, Embrace….the Journey, your journey

Hopefully we'll all take  this journey together and be BOUNDLESS. So far, I have lived a life full of uncertainties, hopelessness, hopeful, failures, triumph, different directions, anxiety, feeling of unworthiness , gratefulness, disappointments. Right now I am living a life full of gratitude. Gratitude, despite everything life have brought me so far, I  still able to climb, to overcome, to breakthrough, to be BOUNDLESS! 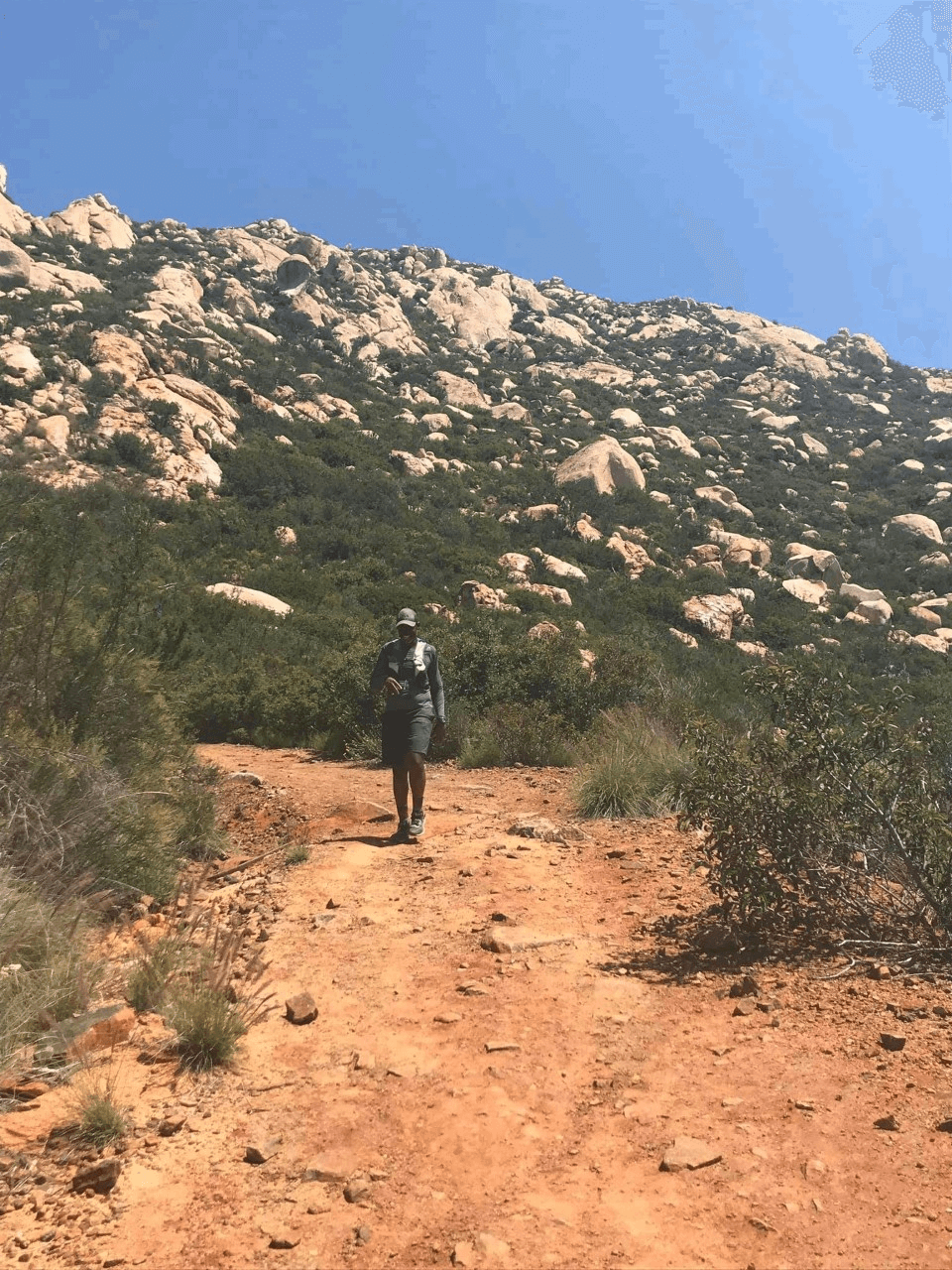